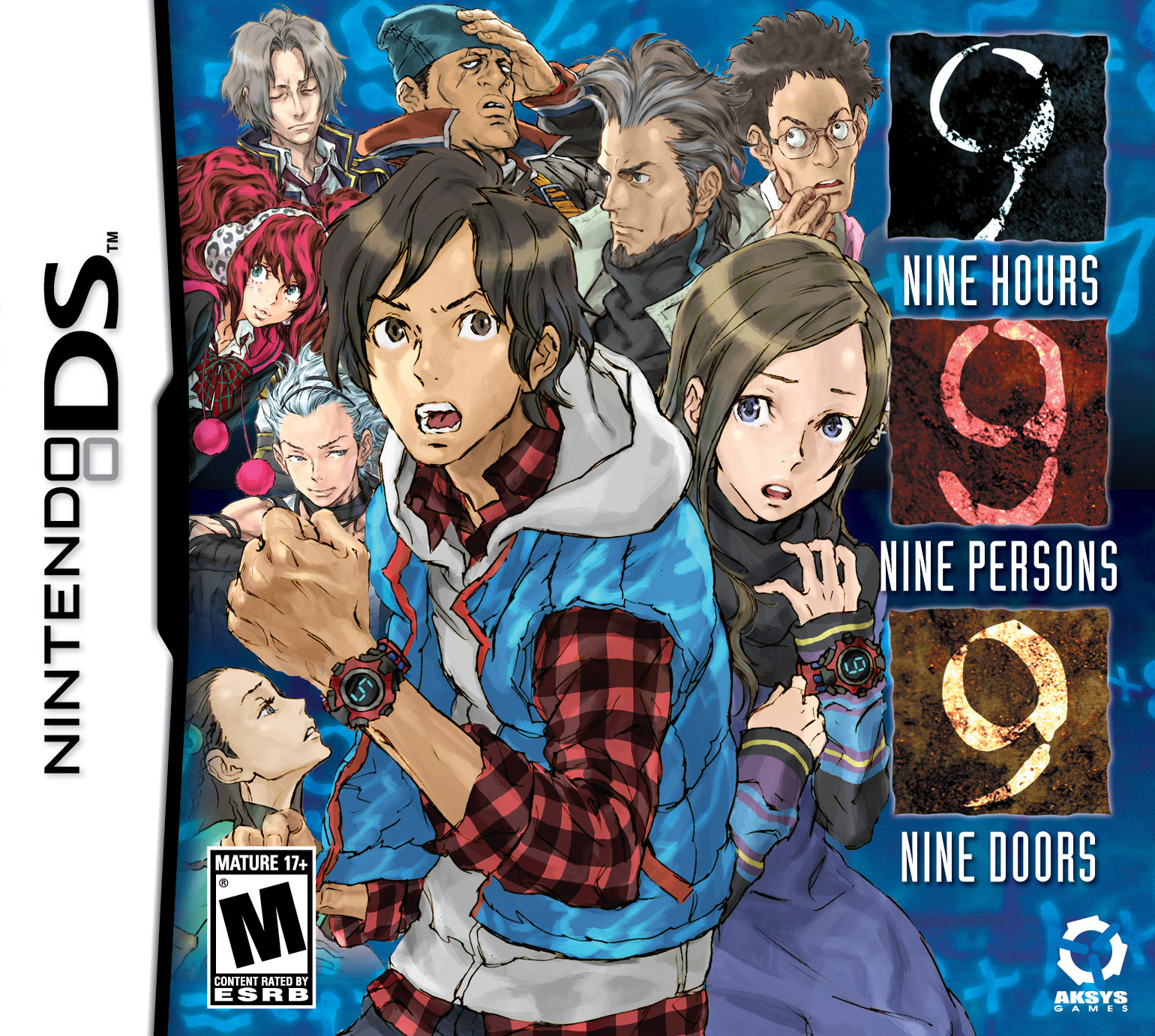 999 is a text-heavy puzzle adventure game. Those who go into it expected mostly puzzles and little text will be greatly surprised to find the ratio radically opposite. This is by no means a bad thing because the game is strongly plot-driven—so much so, in fact, the player is compelled to keep going for hours in order to answer the questions that arise in this enthralling story.

The amount of text in this game is enormous: if you don’t enjoy reading, no matter how good the plot is, this isn’t the game for you. However, if you don’t mind spending a lot of time reading the text, then read on—you’re in for a treat.

999 starts by throwing you into a puzzle: You’re locked in a room on a ship. You have no idea how you got there, but the window cracks and your room starts flooding—you must seek a way out! This immediately gets you acquainted with the puzzle gameplay. The game does a good job of telling you how the mechanics work, and this first puzzle gives you more hints than the later ones. Since I never open instruction manuals except to look at art, I initially found this very useful—but I’ve played puzzles games before, so I quickly adapted and then found the continued instruction useless. It doesn’t quite tell you how to solve the puzzle, but it tells you how each puzzle presented in the room works. Thankfully, this only occurs in the first puzzles; later ones give you some hints but don’t walk you through them. Still, this extra instruction may have been necessary for beginners who have never played a puzzle game like this before.

The puzzles in the game are challenging, but not so difficult as to make you spend a ridiculous amount of time trying to figure them out. I heartily enjoyed solving these the first time, but since the game requires at least two playthroughs to get the true ending, I really wish there were a way to skip through the puzzles. Often, they require a number code that I can’t recall off-hand despite knowing how to solve the rest of the puzzle. This usually means I have to sit for a minute and do some basic calculations to get the code again (simple math is a recurring theme in the game), and then proceed to move on.

The fact that the game requires two playthroughs may sound ridiculous, tedious, and suspiciously like a stupid attempt at gaining replay value. It’s not! I thought it was going to be a pain when I started the game, but after your first playthrough, the game introduces a mechanic that allows you to speed through the enormous amounts of text you’ve already seen at an incredibly fast rate. Additionally, the game will automatically stop your text-skipping at dialogue you haven’t seen before, which prevents you from accidentally missing things you want to read. This does not allow you to skip through the puzzles, but once you’ve done a puzzle the first time, it becomes relatively trivial to complete it a second time. It’s also guaranteed that you’ll experience different puzzles each time if you do only the two playthroughs required to get the true ending.

There’s also a practical reason to get all of the endings: the plot. There is a lot of dialogue and character development that doesn’t occur unless you take certain routes. In order to get the most out of the game, the best method would be to achieve all the “bad” endings, then the required ending, and then the true ending. The true ending also justifies the bad endings, although to avoid spoilers, I can’t elaborate on this. At the end of the day, the bad endings are just as amazing as the true ending and well worth the minimal amount of time it takes to achieve them all. If you’ve already played through the game once, achieving the three “bad” endings takes about four hours.

The plot in this game is phenomenal. As mentioned before, the game is heavily plot-driven and text-heavy, but it will consistently leave you desiring more. It’s relatively easy to lose track of time—if I had nothing else to do, I’d find myself playing for six hours or more before realizing how much time had passed. Thankfully, you can save at literally any point in the game, even in the puzzles, so when you’re pressed for time this is still a viable game to pick up. The character development is strong, but the game really shines in hitting you with unexpected twists and tying everything together. After completing the true ending, I had only a couple unanswered questions. Thankfully, Aksys Games posted an interview with the developer that tied up these loose ends, leaving me with high hopes for another game. Chunsoft is delivering on this premise, but a release date in Japan or elsewhere remains to be seen.

Overall, the best way to describe this game would be visual novel meets mystery puzzle adventure. It’s a collaboration of several genres and executed almost flawlessly. The gameplay is fun, the puzzles are challenging, the music is great, and the plot is utterly fantastic; you will be on the edge of your seat constantly waiting for the next plot twist. The only way this game could’ve been any better would have been if some of the cutscenes were voiced or fully animated, be it CGI or not. Aside from this, others may find issue with the fact that the puzzles are somewhat sparse in comparison to the text, but given the basis of the storyline, this is a bit justified. In the end, this was easily the best game I’ve played in a long time.

CONS
* Text-heavy: May discourage some gamers
* Puzzles somewhat sparse in comparison to text

Disclaimer: This game was purchased by the reviewer and not provided by Aksys Games. At the time of writing, the reviewer had achieved all the endings except one. This ending is automatically marked as completed once the true ending has been fulfilled. All dialogue has been viewed.