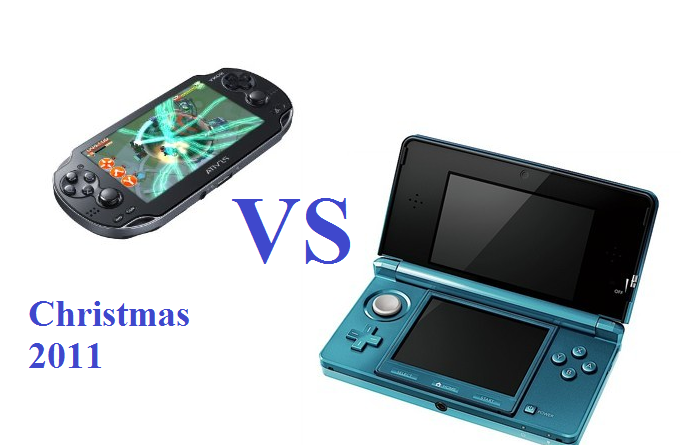 The launch of the 3DS is widely seen as a failure among those in the industry. By Nintendo’s standards, it was so bad that analysts were declaring the entire portable gaming console market dead in favor of smartphones. Recent news suggests this might not be the case, especially given that the 3DS is now selling like hotcakes. However, it seems the Vita is also experiencing a rough start. To get some further insight into the matter, I researched and collected sales data from Famitsu regarding the launch of the original Nintendo DS and Sony PSP in Japan, then compared that to the current sales data from Media Create regarding the 3DS and the Vita.

Above is a graph of the weekly 3DS sales in Japan since launch; and below it is a graph of first year weekly sales for the original Nintendo DS, also in Japan. Both of these graphs show common traits: first week sales started very high and then dropped afterwards, and a large peak starts around December (although this is not visible on the NDS graph, the data that follows the end indicates a spike in sales at Christmas time). What’s interesting about this data is that the 3DS is actually performing better than the original DS did in the same time frame. The 3DS hasn’t even been out for a year yet and it has already sold nearly 1 million units more than the original DS did in Japan. Even more interesting are the reasons why.

You’ll notice on the 3DS graph that there are two very large peaks at mid-August and near the end of December. The reasons for both of these spikes are the price drop that occurred in early August and Christmas, respectively. Interestingly, the week preceding the price drop had a record low of 4,132 sales, which is indubitably due to the announcement of the drop. After the drop, there was a large spike that gradually decreased and averaged out; however, the average after the drop is approximately double what it was in the months before. The peak at Christmas is somewhat of a given, but there is something very important about this spike: where it begins. You’ll notice that the increase in sales begins in the very first week of November. This is important because that’s the week when Super Mario 3D Land was released in Japan. After this release, average sales doubled for the entire month. In the first week of December, sales doubled yet again, this time likely due to a combination of the release of Mario Kart 7 and the impending Christmas season. The result was that, in the month of December alone, the 3DS sold more than 1.5 million units in Japan.

To get an idea about the significance of the above numbers, one must first be aware that the 3DS has sold a total of 4.5 million units in Japan. The 3DS is still about one and a half months away from having been out for an entire year, and in turn, this means that 35.47% of the total sales the 3DS has accrued in Japan are from one month. Extrapolating further, 45.78% of the sales can be attributed to a timeframe of two months. This information points to two things: First, the initial price for the system was too high. The fact that average sales doubled after the price drop means that a large number of people were waiting for one. Secondly, and arguably most important, was the severe lack of software catalogue at launch. Most of the good games for the system were straight-up ports and remakes of pre-existing games, although most included some additional content or features. Unfortunately, remakes are not enough to sell a system, and the 3DS lacked original IP as well as new games from very popular existing franchises.

Looking at the original Nintendo DS, it initially sold well because it had Super Mario 64 DS and WarioWare: Touched! as launch titles, as well as the promise of an original Metroid game presented in the Metroid Prime Hunters: First Hunt demo included with the system. Sales petered off after the holiday season, but not before selling 1.4 million units in Japan. After that, the release of Kirby: Canvas Curse, Harvest Moon, and Nintendogs gave sales a small boost, and the price drop in August gave a larger one. However, over all the original DS averaged a little less than 50,000 units per week outside of the holiday seasons. Strictly speaking, the 3DS so far has done much better than the original DS. The DS averaged only 70,000 units per week over the course of its first year, while the 3DS has averaged nearly 100,000. What’s most important is that the DS didn’t really take off until the start of its second year. At that point, it started selling really well (600,000 the week before Christmas; 400,000 the next; and so on) due to the Christmas season and releases like Mario Kart DS and Mario & Luigi: Partners in Time. Soon after, Nintendo announced the DS Lite to ease availability problems. Unfortunately, the popularity of the DS had grown so much that even the new models were selling out, and the problem continued for well over a year after the release of the DS Lite. While I certainly hope this doesn’t turn out to be the case with the 3DS as well, it’s certain that the declaration of the 3DS’s failure so soon was a mistake. Although Nintendo may be taking a loss on its hardware now, they’ve established a consumer-base with the product and will likely succeed with it in the future.

So what of the Vita? The Vita has already outsold the PSP in terms of first-month sales. On launch week, the Vita also sold nearly twice the amount the PSP did during its launch week, selling 324,859 units compared to the PSP’s 166,074 units. However, after that first week, sales fell much more sharply than normal: a 77.79% decrease in sales the second week compared to the norm of about 50%. It’s still far too early to tell, but I’d be willing to wager that the Vita is going to have the same issue as the 3DS did with its price. $250 is just too expensive for a portable gaming console. People aren’t going to pay that unless the handheld has a fantastic catalogue of games available. Currently, the Vita doesn’t. In fact, the best-selling title for the console right now is Everybody’s Golf 6 (named Hot Shots Golf: World Invitational in North America), which isn’t even a big AAA title. Outside of a few niche titles, the Vita also doesn’t have much to offer at the moment.

It’s important to note that, while the PSP has had a rough shelf-life, it has done well over all. Above is a chart of the system’s first year sales. Note how much lower the sales are than the DS overall. Most concluded that this was because the system failed. However, despite the fact the system has only reached about half the sales numbers as the DS, this is impressive for Sony’s first-time entry to the handheld market. Most previous handheld consoles failed when pitted against Nintendo’s handheld line, notably Sega’s Game Gear and the Atari Lynx. That Sony pulled enough profit from it to justify a second entry to the market in the Vita is enough to vouch for the success of the PSP. Given that, I can’t imagine the Vita would become a huge flop; and as long as they improve their catalogue soon, they will likely see an improvement in sales figures. In the meantime, Sony is well aware that the handheld market is still viable. SCEE President and CEO Jim Ryan told MCV the following when asked about the success of their competitor’s product:

One of the encouraging things about 3DS’ sales performance at Christmas is that it is confounding the naysayers who say that there is no room in the market for a dedicated handheld gaming device and to that extent we were encouraged by how 3DS did over the last month.

In conclusion, the market for handheld consoles is not dead. In fact, given the availability of game guides on the Internet, I’d wager that smartphones are more of a supplement to handhelds rather than a replacement. Smartphones are great for casual gaming, but without a good control mechanism, they fail to position themselves as a replacement for portable consoles. The day that portable game consoles and smartphones merge may one day come, but I don’t believe we’ve reached that point yet.