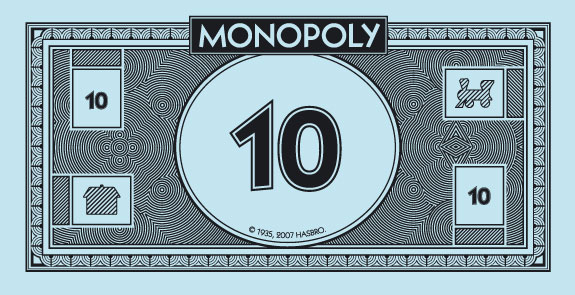 Back in February of 2010, EA began its “Project Ten Dollar” initiative, using $10 redeemable codes to provide access to extra content. That meant that while one could still play the game (arguably) in full, it was necessary to pay an additional $10 fee to obtain access to these extra features. This was an effort to curb the purchase of used games, which provide no money to game developers and publishers. Examples of titles utilizing this strategy are Mass Effect 2 with its Cerberus Network, and Dragon Age with its DLC.

Now, more companies are following suit with similar plans. Ubisoft recently announced its “Uplay Passport,” which packages a code with new games that allows access to online gameplay. The code binds to the user’s account, so it is only redeemable once. For anyone familiar with PC gaming over the years, this is the console gaming equivalent of the CD-Keys we’ve become used to by now. Similar to the EA approach, consumers who purchase the game used will need to purchase a new code for $10.

Sony is also following suit with redeemable codes, with Resistance 3 being the first game as part of this program. Overall, more and more industry giants are making this move, but is it the right one? At the same time, more companies are also developing their own digital distribution systems. EA’s Origin and GameStop’s Impulse are some of the newcomers, but a multitude already exist: Steam, GamersGate, and Direct2Drive, to name a few.

Slowly but surely, the tangibility of ownership is slipping away at the behest of the gaming industry. In nearly all facets of retail, purchasing something entitles the consumer to complete control over that item. If I buy something, I can modify it to suit my needs, transfer ownership to someone else, or lend it to a friend (in theory, though modern lawsuits with jailbreaking, rooting, and other modifications have shown that companies prefer otherwise). However, with video games and other media, buying something does not entitle one to these things. In fact, these initiatives have been made exclusively to prevent me from doing these things. They do not want to sell me a product; instead, they wish to sell me a license to use their product. Because it is within their legal right to do so, we can’t do much as consumers unless we refuse to buy their games at all. Doing so relies upon the majority of gamers to make a stand together, and that doesn’t happen very often.

The idea of digital distribution is, by nature, good for both the consumer and the producer. When done properly, as in the case of E-books (for the most part), the consumers can highly benefit from the portability and accessibility of the product. Likewise, the producers can lock down their material and worry far less about pirates. Additionally, the costs involved in distributing games via purely digital channels are far less than standard brick-and-mortar retail, which results in much higher profits. This then translates into lower sale prices which is great for consumers. The problem lies in that this is where the advantages end. For digitally distributed games there is no legal way for me to lend my game to a friend, short of physically plopping my hardware in front of them and handing them a controller or keyboard. With E-Books you can lend someone a book for a certain period of time. Granted, it’s still impossible to transfer ownership with either media, but this is more a result of corporate greed than anything else.

The Ten Dollar Project is a single step in the road to pure digital distribution. Eventually, the gaming industry will see it prudent to stop retail production entirely. Not only will this solve their used games “problem,” but they’ll have unobtrusive DRM and bigger profits to boot. However, society is not yet at a point where every gamer has access to an Internet connection good enough to download a 4 GB game. So for now, this is not feasible. Instead, they will utilize single-use codes to discourage the transfer of games from person to person, making it impractical to lend a game to a friend or sell it. Technology has effectively killed the First-sale doctrine.

GameStop has realized that the industry does not appreciate their profiting off of the used games market; anticipating further moves to discourage that, they purchased Impulse to secure a viable future for the company. EA has realized the profitability of digital distribution through their dealings with Steam, and that is very likely the reason they have developed Origin (despite what their PR may tell you). It is clear that they have their eyes set on digital distribution as the end result, with employees like EA Sports VP Andrew Wilson saying “There will come a day when people will stop going into Game and GameStop. And I use those purely as examples of retail.”

The bottom line is whether or not this is good for the consumers. Many feel it is their inalienable right to be able to lend or sell their games. Many others don’t care. Some like the prospect of collecting physical copies. No matter what happens, if the method of distribution does not take into account the wishes of the consumers, the consumers will complain. Look at Capcom, and the game save issue in Resident Evil: The Mercenaries 3D. The outcry was so large that they have promised to never try that method again. Although gamers seem quite sheepish at times, there are some things they just won’t allow. Hopefully when the time comes, they’ll vocalize their requirements properly.